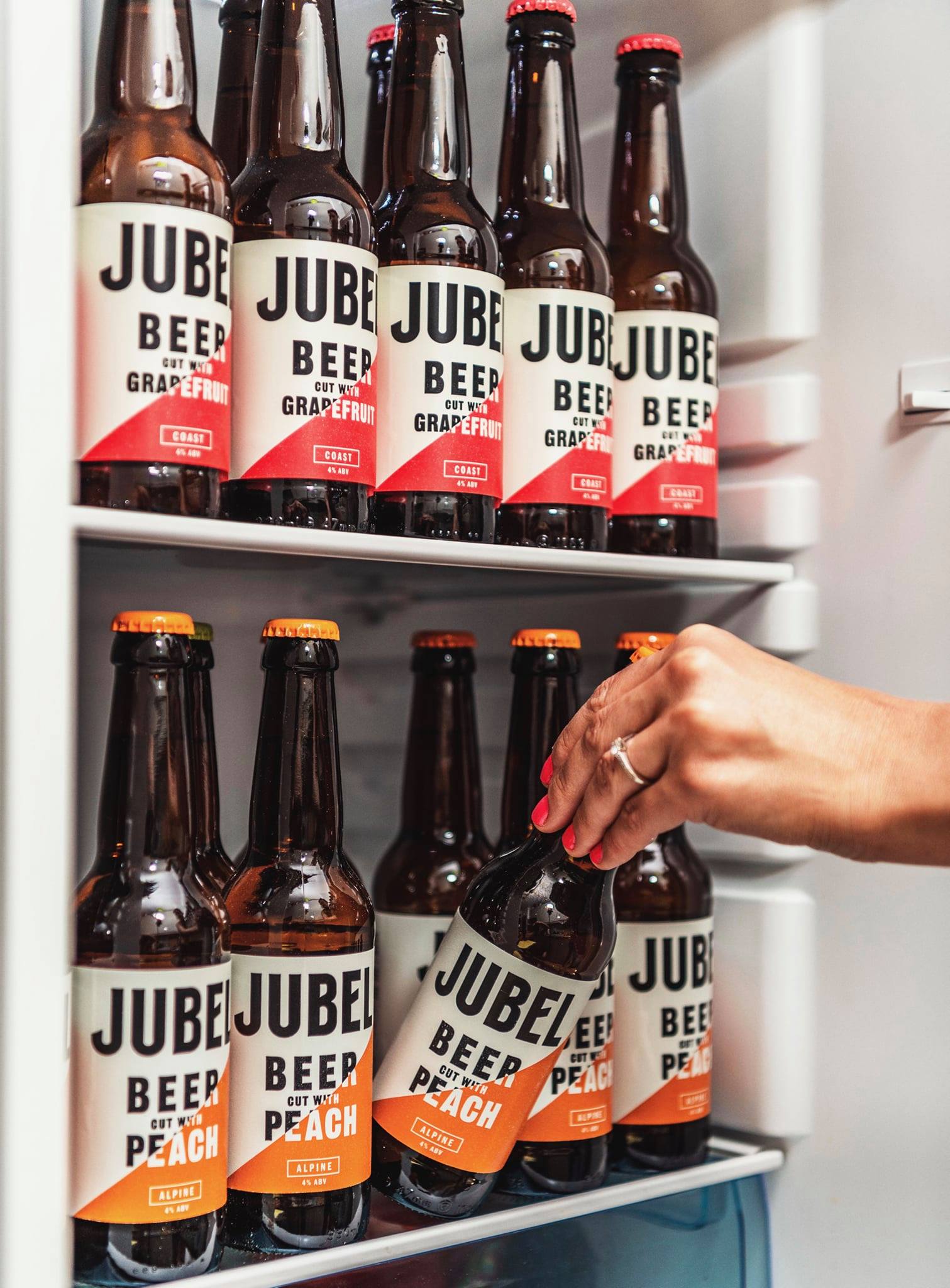 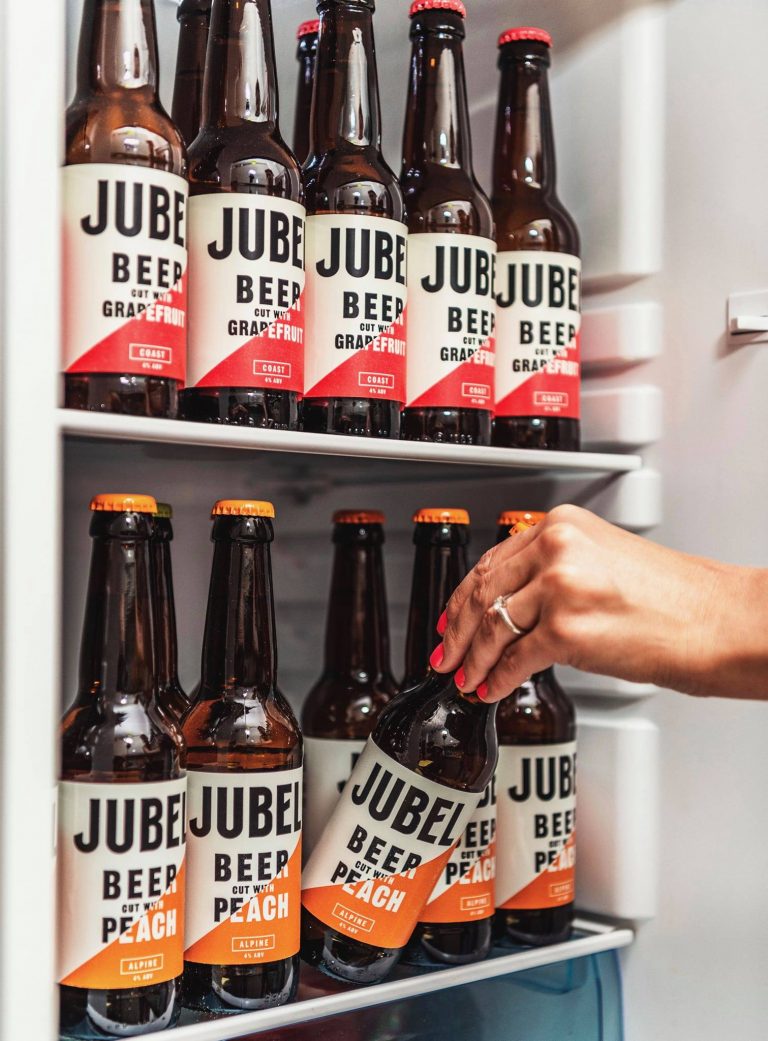 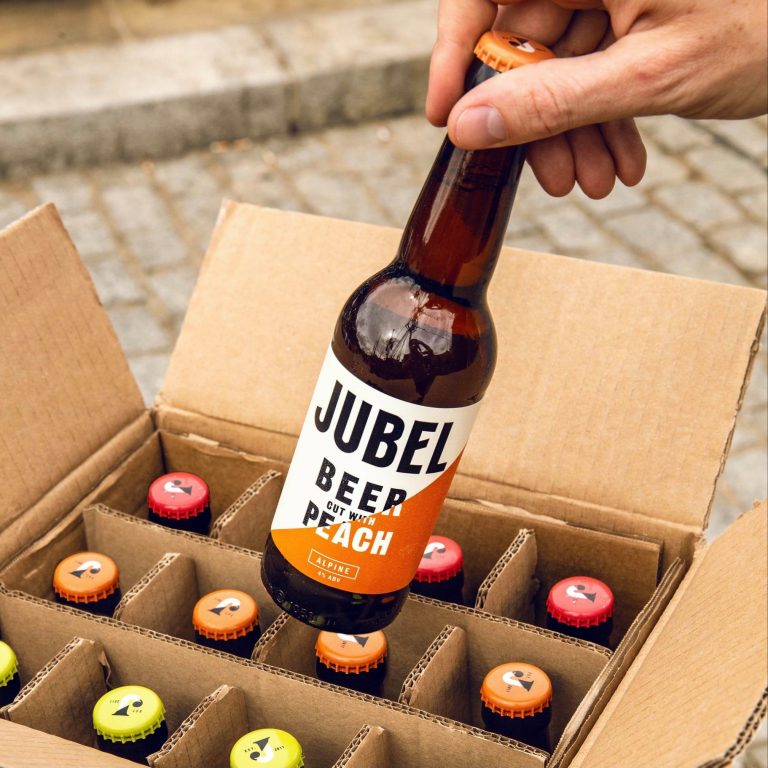 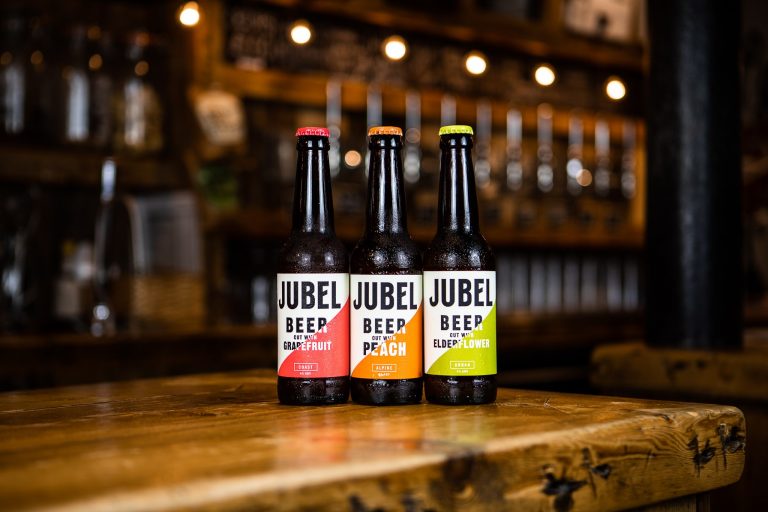 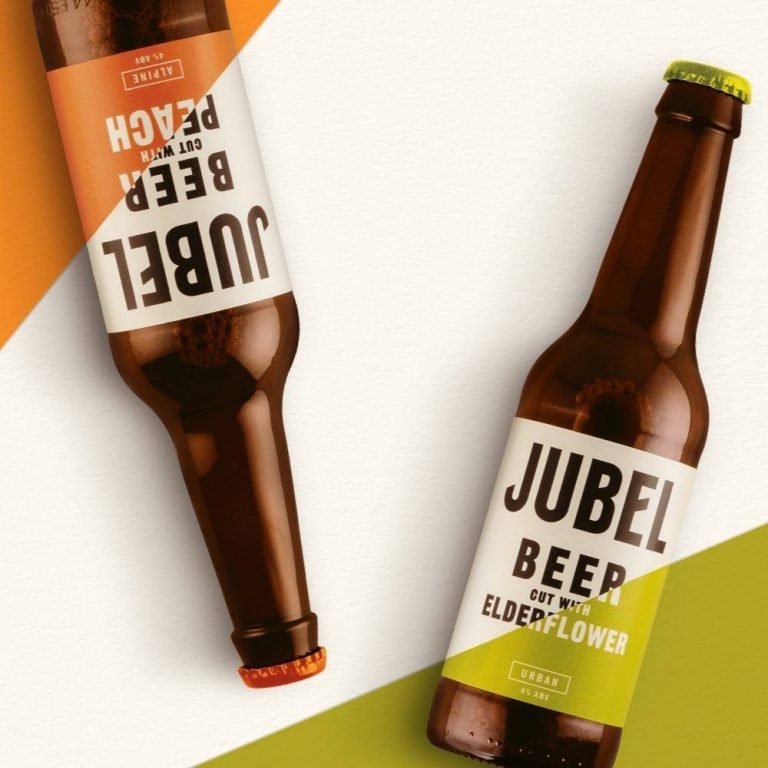 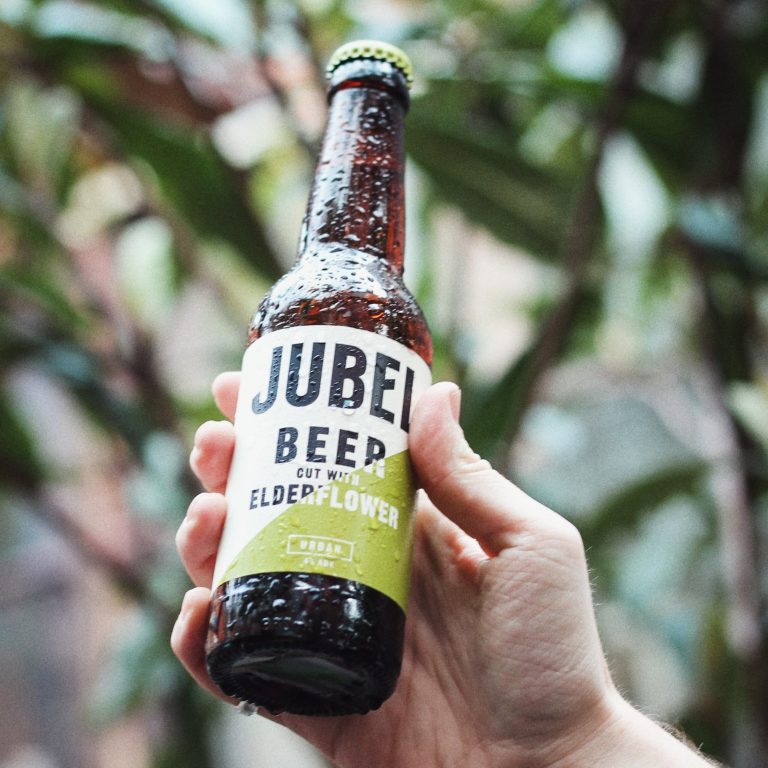 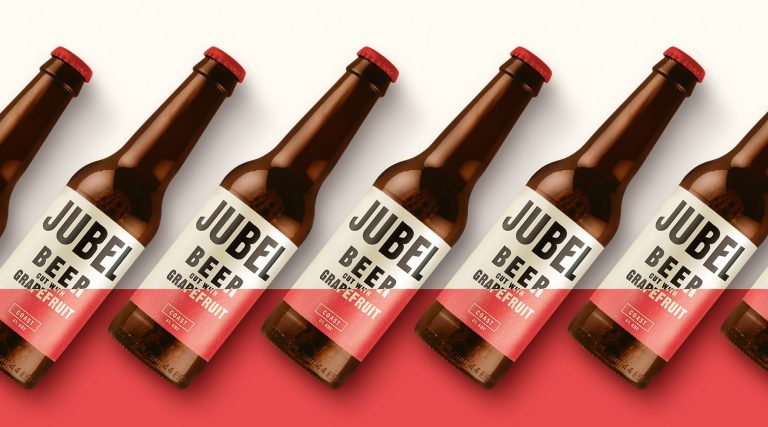 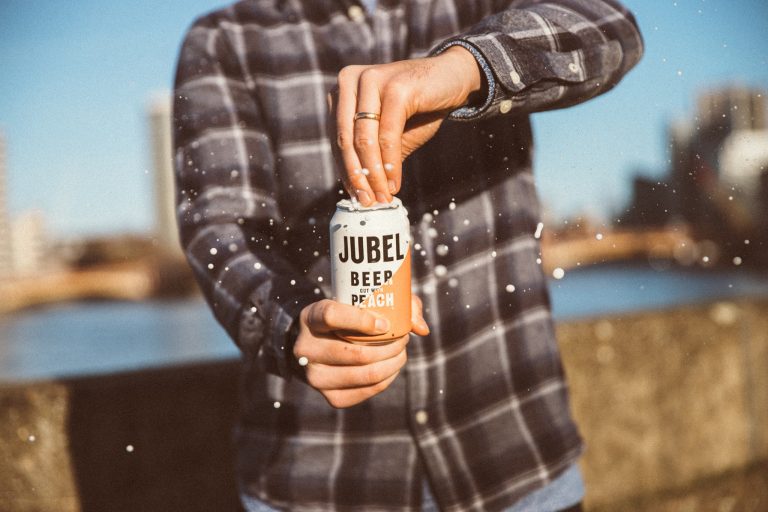 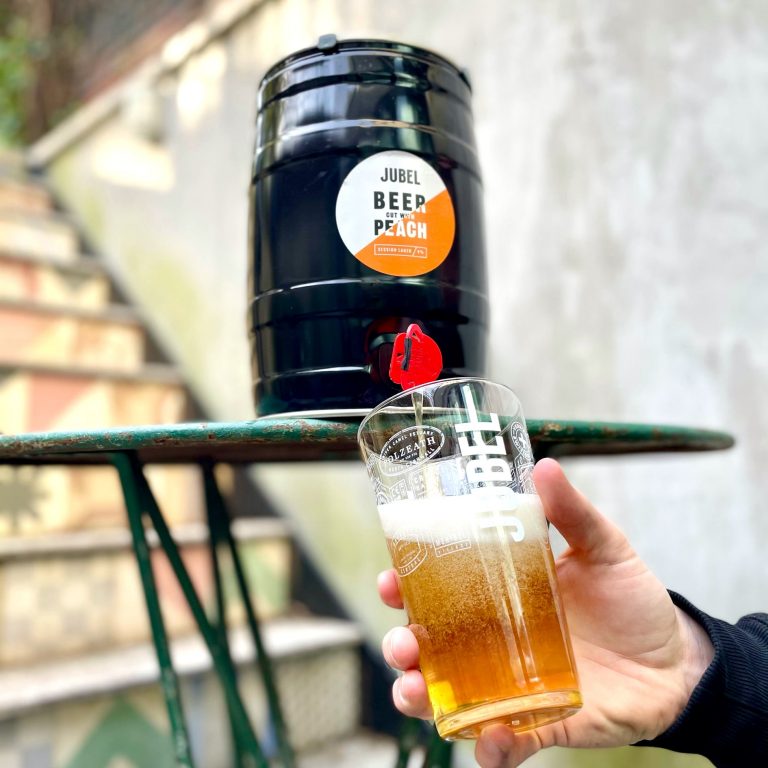 On a ski trip to the French Alps, we made two discoveries at La Folie Douce, a raucous après-ski bar. The first was a song used to close out the afternoon of après antics. The song was called Jubel, and the name translates to “a feeling of extreme joy”. The second discovery was a beer tradition called demi-pêche; a pint of lager with a peach top.

Demi-pêche had a cult-like popularity; delivering the juicy refreshment of a fruit cider, with the dry finish and sessionability of a crisp lager. It swiftly became the beer we wanted to drink but it didn’t exist back home. It took two years to develop Jubel, with the help of the UK’s twice-awarded Brewer of the Year, and after selling out of a batch at a music festival, we escaped our corporate careers to pioneer a new style of beer.

Jubel was born at a ski bar in the Alps. Co-founders Tom and Jesse came across a local beer tradition but couldn’t find anything like it back home, so decided to do it themselves.

Jubel is a bit off-piste, it is beer done differently. Our beers are gluten-free and vegan friendly. At 4% ABV they’re lightweight proof, and at only 125 calories per bottle, they’re more like featherweight proof. We currently have two beers:

Alpine: a naturally essenced peach lager and our original brew. In the Alps, there was a bar where we discovered the delicious tradition of demi-pêche, which inspired this peach of a beer.

Urban: a naturally essenced elderflower lager and a milestone for us. It marked our move to the city so we went to town on a fresh brew, which inspired this pick of the bunch.

We have a thirst for adventure – a need to explore, discover, and experience. This thirst led us to an off-piste discovery on an Alpine adventure. Conforming is boring, so we’ve gone beyond beer borders into uncharted territory to cut through the conventions of craft. We enjoy the freedom that comes from doing things differently; steering off the well-worn path to pioneer a new one. We’re Jubel, and we’re fuelling more adventurous living.